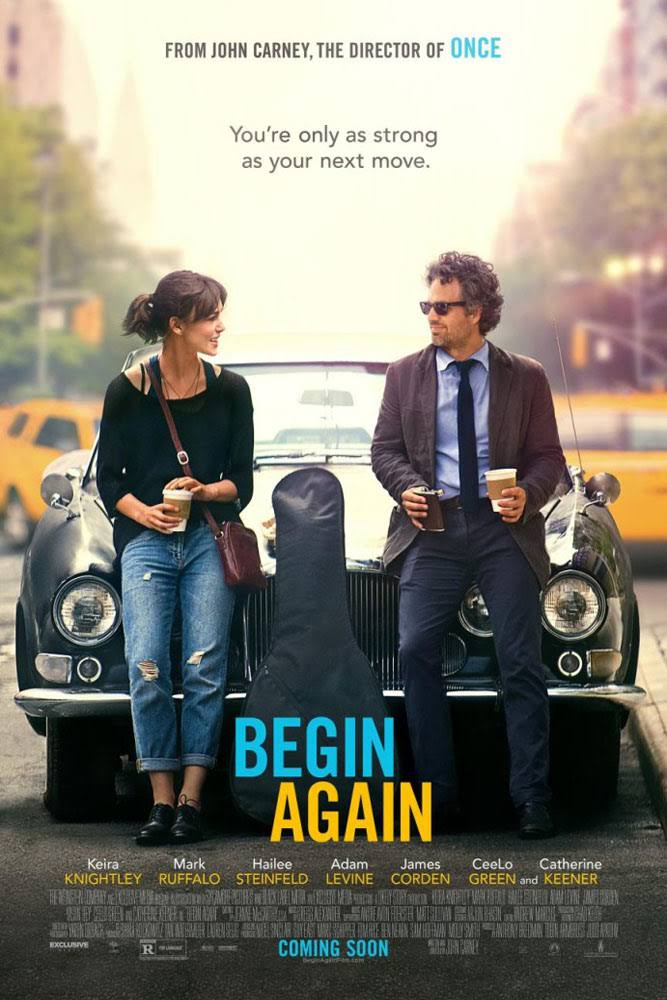 As we were inching closer to midnight, and therefore Saturday, Brian was prepping for a little visit to Philadelphia, a couple of hours away, by producing a “mixtape” for the drive. Something has him on a Sophie Ellis-Bextor and Gregg Alexander kick right now.

I woke up early this morning to find him wide awake and watching the movie Begin Again, a film whose soundtrack was mostly written and produced by Gregg Alexander, former front man of the New Radicals. You may remember their 1998 hit single “You Only Get What You Give.”

Well, thanks to Brian I was singing that song in my head, and sometimes out loud, for the rest of the day while working at the library. Not that I’m complaining. If I could decide what song would get stuck in my skull for a day, I couldn’t make many better choices. It’s such an encouraging, highly polished and produced number.

Now Brian’s mind is always working thematically it seems, making and following various connections. He’s been playing Sophie Ellis-Bextor for the last couple of days. She came out with her new album, Wanderlust in 2014, and since Alexander and Bextor worked together (Remember “Murder on the Dance Floor?”) it’s no surprise to me that he found himself watching the Begin Again movie this morning.

So for tonight, or this morning, depending on your time zone, the Saturday Song is two tunes; first Sophie Ellis-Bextor’s 2003 hit, “Mixed up World,” co-written with, and produced by Gregg Alexander, followed by my Friday ear-worm from the Young Radicals. Some very positive stuff from the late nineties and early two thousands.

I should mention how so often the music in your head can be such an incredible insight into the current soundtrack of your life. That in mind, what tunes are you hearing lately? Good things are in the works here in our world, but if you need a little lift and encouragement after a long week, maybe this will help get your heart set on the good stuff too.