We moved here to North Eastern Pennsylvania in October, and got to do a bit of hiking about, local fields, tracks of woods along railroad tracks and we took visiting friends to Francis Slocum State Park in November and I even spent a little time alone on Christmas Day at Rickett’s Glen since the weather was mild.

I think it was late October that Micah and I saw one of the largest Bald Eagles I think I’ve ever encountered, a juvenile soaring steady near the levee walk over the other side of the river in Kingston.  That same day we saw what appeared to be a fallout of Dark-eyed Juncos, and a possible Fox Sparrow. After that I think we just hibernated for the winter, getting our new home in order.

So this spring I vowed I would take some time to explore more of the local woodlands. Almost every weekend I’ve been out, sometimes with my youngest son, Micah, when he’s here, and other times alone. We were surprised to find the number of birds that can be seen in the woods near Kirby Park, including a Scarlet Tananger, Indigo Bunting, and another Fox Sparrow.

I just updated my Birder bio, and included more information about our adventures.

Since October of 2016 I’ve been living a bit further up the north branch of the river near Wilkes-Barre. I still see plenty of Bald Eagles nearby, and this neighborhood has its share of bird feeders, and therefore Accipiters. My youngest son and I have seen both adult and juvenile Sharp-shinned Hawks here. In late May, well after Broad-wing migration, we saw a local Broadie on three different days, right here in the suburban hills.

Down near the river there are plenty of Catbirds, Tufted Titmice, Eastern Bluebirds, and Song Sparrows, among others. And we’ve spent a fair amount of time in the woods looking for spring warblers this year, and practicing the art of pishing. I am hopeful of learning more songs. I saw a Black and White Warbler (my first in years!) and a Pine Warbler at Eals Preserver on Moosic Mountain, where I also experienced more Eastern Towhees than I have ever seen or heard in my life. We heard plenty of Ovenbirds around Seven Tubs, and have seen both Wood Thrush and Hermit Thrush from Bear Creek Preserve to the old over-grown park of Moon Lake. We pished out into the open a Northern Parula Warbler at the Council Cup lookout, and I know I’m missing some of this spring’s highlights.

I should also mention that I saw my first ever Brown Creeper as I was pointing out a White Breasted Nuthatch. My dear brother Vincent was visiting from Northern Ireland, and days after we experienced Boulder Field at Hickory Run State Park, we decided to check out the very back woods of the Bear Creek Preserve, a managed area recently acquired by the National Trust.

I was watching the Nuthatch when the something moved on the bark of a tree, and I focused right in. The camouflage was perfect, with a wide-spread tail for balance. Suddenly it dropped from its place about 15 feet up, and fluttered like a fallen leaf, only to land a nearby tree, lower down near the trunk. From there it began its jerky creeping back up. Amazing!

I found a video of the behavior, but it doesn’t quite capture the grace of the fall, which to me seemed like behavioral camouflage.

Like I said in the Birder bio update, I don’t take cameras, just my Nikon binoculars, and sometimes my scope, especially if I’m watching waterfowl, or something more likely to sit still for periods of time. So the photos I do get are either from a friend whom I’ve coerced into tagging along, or else they are phone captures. So forgive the lack of actual birds in these photos, but I thought, despite the mediocre quality of the shots, you might enjoy some proof of our adventures.

Which way to go? 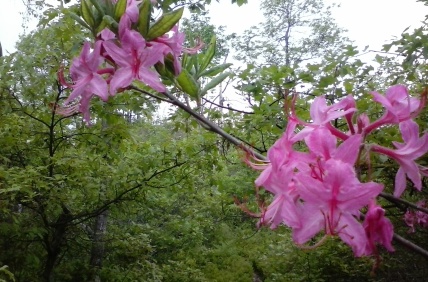 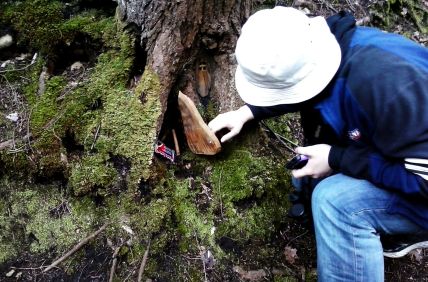 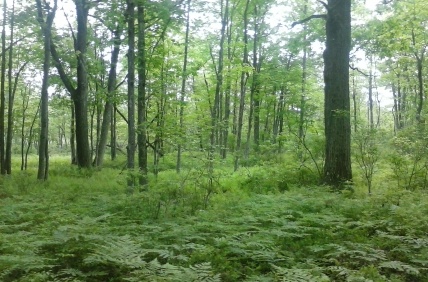 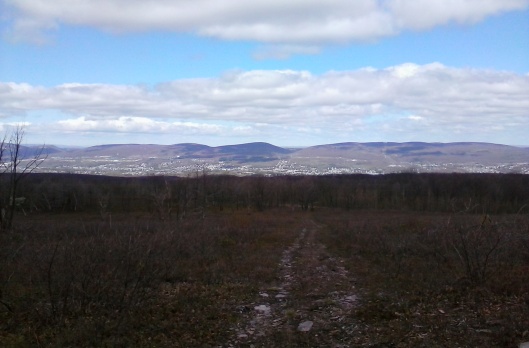 The view from the heath barrens at Eals Preserve

On the Ridge above Seven Tubs 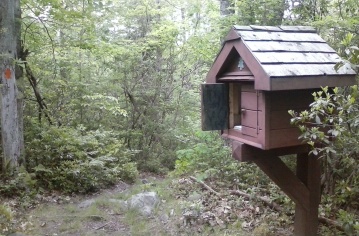 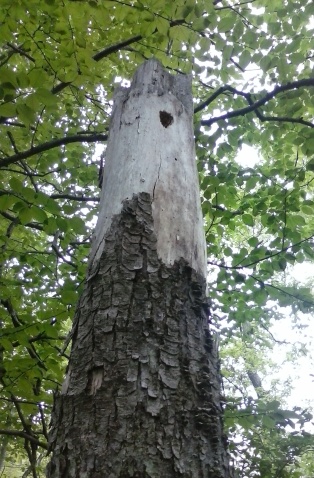 One of the Tubs 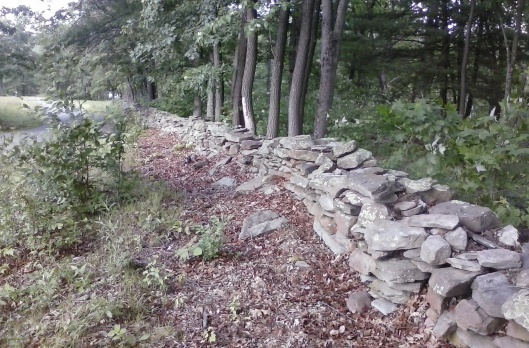 Another view along Route 29, north of Nanticke

View from the Ridge, Seven Tubs

Pine plantation on the right

What Trail is This? 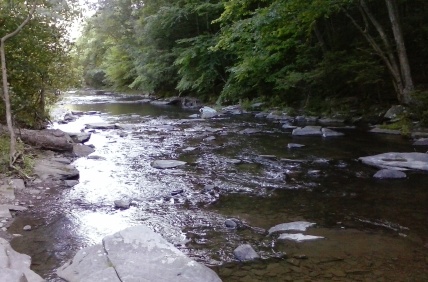 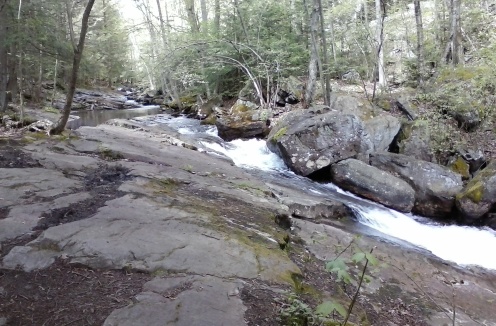 On the Blue Trail, away from the Tubs. Soooo beautifula nd peaceful. Hermit Thrush seen here . . . yeah, not in the photo.

On the way to Moon Lake