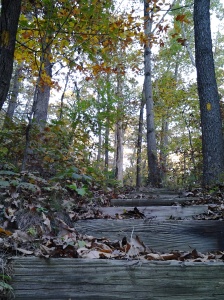 Okay, so he was born in January. That actually might explain a lot about the icy, cold beauty in some of his poems, like his famous “Traveling through the Dark,” and “Ask Me,” which begins with those delicious words, “Sometime when the river is ice . . . ”

But I was born in September, and the changes that come about in my corner of the world, cool winds, migration, the softening of colors, these things make me think of William Stafford. I’m not sure I can say why. Something about his ability to dwell in the beauty of the moment puts me in an early autumn frame of mind.

And since we are within a week of my birthday, it feels like a good time to share a bit more of this favorite wise, old sage of a poet. I discovered him a mere handful of years before this world lost him in 1993. Luckily, so many of his many and beautiful words have been saved. A wealth of them can be found via the link in his name in the above paragraph. You can find even more, including audio and video in the William Stafford Archives.

As I think about the reading I gave Thursday night at the River Poets gathering in Bloomsburg, it occurs to me just how much of an influence this man has had over my own writings, observations while traveling the roads, hiking paths and waterways of my beautiful home state of Pennsylvania. The theme that night was Moons, Roads, and Rivers, the title of the new chapbook I am working on. But by what I heard in the poems that came from the group’s members after I sat down, I’d have to say that “quality of attention,” is something that Stafford has obviously passed on to many of today’s writers.

You may have heard my reading of his very dense and rich poem, “A Ritual to Read to Each Other,” but these poems I am sharing this weekend are just a taste of the numerous lesser-known gems of his, poems that have lightened my heart or touched something old and familiar in my soul over the years. Each one is from his 1987 collection, An Oregon Message, published in September, so that perhaps justifies my instinct for wanting to share these now.

As far as I have been able to find, the text from these are not available anywhere online, so follow the link to the book, or better yet, go to your local bookstore and order the original. There are used as well as new copies still out there. You’ll thank me later.

The first one is just one of many that betrays our mutual love of birds, and wildlife in general. The second I have vowed a hundred times in the last 29 years to frame and hang in my kitchen. It’s time I get around to doing that. Check back tomorrow for the other two.